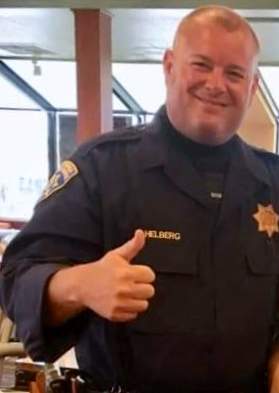 SANTA ANA, Calif. – A veteran California Highway Patrol officer has been charged with 27 felonies for stealing more than $4,000 by submitting time cards falsely claiming he worked regular shifts and overtime that he never worked.

Scott Helberg, 47, of Corona, has been charged with 27 felony counts of presenting a false claim and one felony count of grand theft by an employee.

Helberg is scheduled to be arraigned on October 22, 2021 in Department C55 at the Central Justice Center in Santa Ana. He faces a maximum sentence of 21 years in state prison if convicted on all counts.

As the Tow Officer for the CHP’s Santa Ana Area Office, Helberg was responsible for coordinating and assigning overtime, did not have to attend roll call briefings, and often worked off-site inspecting tow trucks.

Between July 1 and October 16, 2020, Helberg filed 27 timecards requesting pay for regular hours and overtime shifts that he never worked.

The California Highway Patrol initiated an internal investigation in October 2020 after inconsistencies in Helberg’s work activity failed to match the hours he reported on his time card. As part of the investigation, the CHP discovered that on multiple occasions when he claimed to have been working Helberg was actually at his home in Corona in Riverside County instead of within the jurisdiction of the CHP’s Santa Ana Area Office. The CHP referred the case to the District Attorney’s Office for further investigation and prosecution.

“Stealing precious taxpayer dollars while pretending to protect and serve the residents of Orange County is not only a disservice to the taxpaying public it is a disservice to all of the hardworking men and women of law enforcement who are actually doing the job they are sworn to do,” said Orange County District Attorney Todd Spitzer. “Thank you to the California Highway Patrol for identifying and thoroughly investigating this theft of taxpayer dollars so that we can hold this individual accountable.”