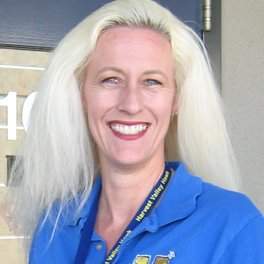 SANTA ANA, CA — June 25, 2013 – The Santa Ana Unified School District Board of Education appointed Michelle Rodriguez, Ed.D. to the position of Chief Academic Officer at the May 28th Board of Education meeting. Dr. Rodriguez previously served as the Director of Student Achievement and Charter Schools for the District since her arrival in July of 2009. In that capacity, she was responsible for the K-12 implementation of the Common Core State Standards to prepare students to be college and career ready. Dr. Rodriguez developed a 4-year Common Core implementation roll-out plan and supervised the development of Common Core units of study in all subject areas in grades K-12. She will continue this responsibility in her new role. Among some of her other successes, Dr. Rodriguez developed the District’s Transitional Kindergarten Blended Learning Program and authored various grants in which the District was awarded a total of $6, 150,000. END_OF_DOCUMENT_TOKEN_TO_BE_REPLACED