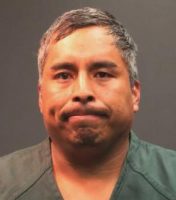 The case however grew cold as primary leads in the case failed to gain enough corroborating evidence to charge Zuniga with a crime.

The case was then submitted to the Orange County District Attorney’s office for review. On Thursday, December 10, 2015, investigators traveled to Mammoth Lakes, where the suspect was currently living and arrested him. He was charged with one felony count of murder, and his bail was set at one million dollars.

Zuniga is being held at the Orange County jail and he is scheduled for arraignment on Monday, December 14. 2015. He faces a potential maximum sentence of 25 years to life in state prison.

The DNA was matched to Zuniga after an unrelated arrest in Northern California, according to the O.C. Register.

If convicted, he faces a He is being held on $1 million bail and is scheduled to be arraigned Dec. 14.

5 thoughts on “Arrest made in 2007 Santa Ana murder by the O.C. Cold Case Homicide Task Force”