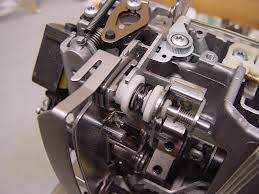 SANTA ANA – The Orange County District Attorney’s Office (OCDA) obtained a $1 million settlement in a civil suit against American Apparel (USA), LLC, for failing to provide a safe work environment, which resulted in the death of an employee at an American Apparel Orange County worksite. The final judgment was received today and signed Aug. 26, 2014, in the Superior Court of California in Orange County by the Honorable David T. McEachen.

This case was referred to the OCDA by the California Department of Industrial Relations Division of Occupational Safety and Health (Cal/OSHA), which protects workers from health and safety hazards in California workplaces. Deputy District Attorney Kelly Roosevelt of the Consumer and Environmental Protection Unit prosecuted this case.

American Apparel is now subject to an injunction requiring compliance with workplace safety laws and safety training for employees, and annual auditing of its facilities by Cal/OSHA. The defendant has agreed to pay $1 million, including $150,000 in restitution to the decedent’s daughter, $283,000 in administrative and investigation costs to Cal/OSHA, and over $566,000 in civil penalties, which will provide support for future investigations and enforcement of California business and professions code law.

At the time of the incident, American Apparel utilized specific knitting machines, which must be disconnected (or de-energized) from the main power supply before maintenance, as they may inadvertently start and the operator may be drawn into the machine. The machines are also required by law to be locked to prevent persons from entering and tagged to indicate that maintenance is being performed, also known as lock-out/tag-out procedures. Workers must be sufficiently trained to employ necessary precautions to avoid serious injury.

On Aug. 19, 2011, a knitting machine in an American Apparel facility in Garden Grove was undergoing maintenance, and was turned off but still connected to a power source. The machine was not tagged-out or locked-out, as required, and individuals were not properly trained to safely de-energize the machines. As a result, when employee Tuan Phan entered the knitting machine cage, the machine re-started and Phan was subsequently mangled and killed by the machine.

California labor codes require all California employers to provide a place of employment that is “safe and healthful for employees” and to do everything “reasonably necessary to protect the life, safety, and health of employees” at all times. American Apparel failed to properly train its employees regarding safety procedures and failed to maintain a safe and healthy work environment.