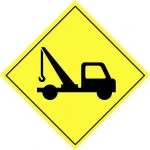 The former and current owners of Santa Ana towing and security companies face several criminal charges related to an alleged illegal towing operation. At the center is Patrick Tocher, who owned the companies for years before selling them, moving to Hawaii and, according to prosecutors, remaining in contact with the current owners, according to the OC Weekly.

It essentially boils down to this, according to the complaint: Security Towing and Night and Day Security were owned by Tocher and run out of the same Santa Ana yard. He is alleged to have directed Night and Day Security employees to authorize towing by Security Towing trucks even though property owners had given no permission for the towing. Tocher is further accused of failing to register his companies with the state Employment Development Department, paying employees in cash and failing to provide workers with required pay stubs or tax documents.

A federal appeals court has handed a victory to Tocher in 2000, when he used a federal trade law to circumvent towing regulations in several Orange County cities, according to the Los Angeles Times.

Tocher, who owned Pacific Coast Motoring and California Coastal Towing, sued the cities and police departments of Santa Ana, Costa Mesa and Tustin in 1995, contending that deregulation laws passed by Congress usurped city ordinances. Critics complained that Tocher was using the federal rules to charge higher-than-average towing rates. Santa Ana police said his company towed as many as 20 cars a night from private parking lots across the city, leaving no indication for unsuspecting owners that their vehicles had been impounded. A federal appeals court has handed a victory to a Santa Ana tow truck owner who used a federal trade law to circumvent towing regulations in several Orange County cities.

Thank goodness the authorities did not give up going after Tocher and his associates.