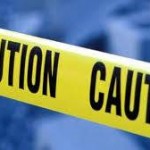 An unidentified man was injured early this morning at 1:20 a.m., at the 500 block of North Harbor Blvd., in Santa Ana, when a vehicle he was repairing rolled over him, according to the O.C. Register.

The man asked a woman to put the vehicle in reverse while he was standing on the hood of the car, working on the engine, according to the SAPD.

The plan backfired though when the woman put the car into drive instead and drove forward, which pushed both the vehicle and the man right through a wrought iron fence.

The mishap trapped the man under the car – and he was also seriously burned on his upper torso by the engine compartment. He was taken by ambulance to a local hospital. Details regarding his name and condition were not made public.

The police do not suspect use of alcohol or drugs in this incident. No citations were issued.

« Suspect arrested by the SAPD for contacting a 13-year old on Facebook to commit lewd acts
Mouet sent back to the Parks Dept. and will no longer be Santa Ana’s Acting City Manager »