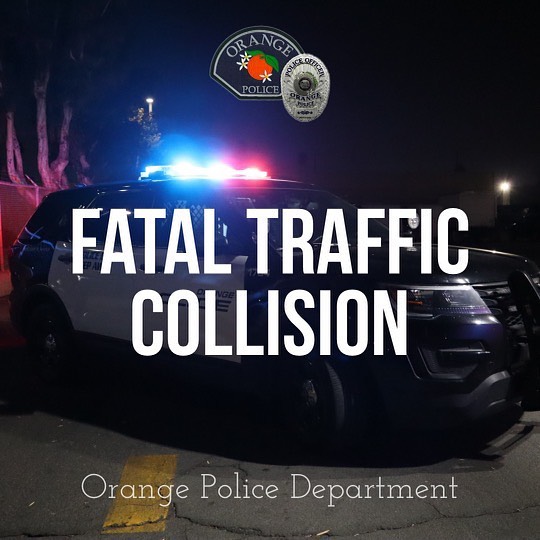 A female adult was driving a Dodge minivan west on Chapman Avenue west of Main Street on April 3 at 8:17 p.m. A male adult was lying in the number three lane in the 1500 block of west Chapman Avenue. The driver of the minivan collided with the male in the roadway and he was pronounced deceased.

The driver remained at the scene. Alcohol or drugs do not appear to be a factor for the driver.

The area where the fatal collision occurred is a busy retail strip with businesses such as the Pump Room, El Pollo Loco, Ralphs and the Cha Thai Restaurant.

All westbound lanes of Chapman Avenue were closed from Main Street to Feldner Street for approximately six hours.

Anyone with information is encouraged to call the Orange Police Department at 714-744-7444.