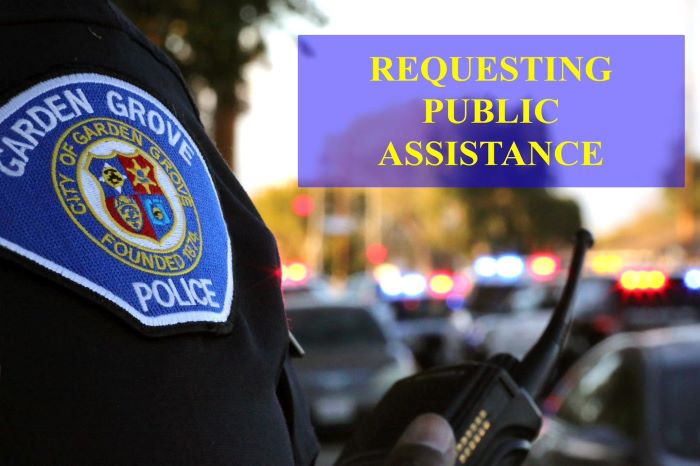 Yesterday, November 22, 2022 at 2:08 PM, Garden Grove Police Department officers were in the area of Shapell St./Trask Ave. when they were flag down by several citizens regarding a robbery that just occurred.

During the investigation, they learned the victim was in his vehicle and stopped at a red light, when several men wearing face coverings exited a minivan on his driver’s side and approached his car.

The suspects broke out both front windows as one of them slashed the rear driver’s side tire, while another one reached into the passenger compartment and took several thousand dollars worth of jewelry. They then jumped into the waiting van and fled westbound on Trask Ave.

This investigation is ongoing. Anyone with information about this incident is asked to contact Det. Wardle at 714-741-5837.