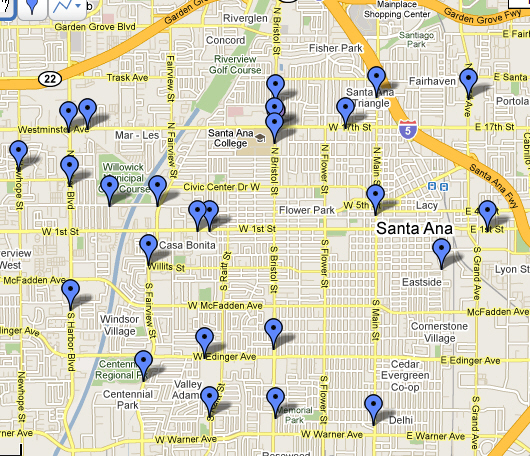 I met a week or so ago with Paul Walters, the Chief at the Santa Ana Police Department, and two of his top police officers. The purpose of the meeting was to discuss the DUI checkpoints that the SAPD conducts, as it turns out, twice a month. You can see all of the checkpoints mapped out in the graphic above.

I was upset when the SAPD recently conducted a DUI checkpoint at Rosita Park, a sleepy immigrant neighborhood on the west side. It seemed like terrible timing given the effort, currently underway, to conduct the 2010 U.S. Census.

The SAPD uses grants from the State of California to conduct the DUI checkpoints. As you might imagine, the police officers like doing this as they get paid massive overtime.

There are several considerations with regard to where the SAPD stages the checkpoints. For one thing, they need to do them in areas where they can stage all their vehicles, and where they can keep their officers safe. 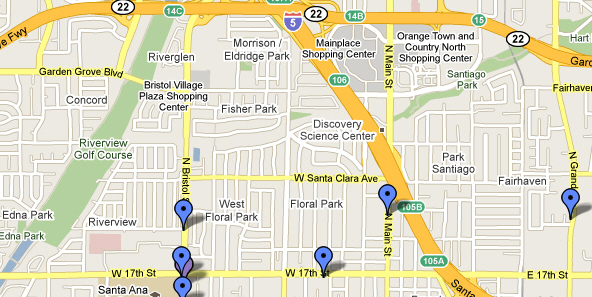 The SAPD keeps track of their DUI checkpoints and they try to move them around the city. However, it looks like, in hindsight, they have missed much of north Santa Ana and south Santa Ana. 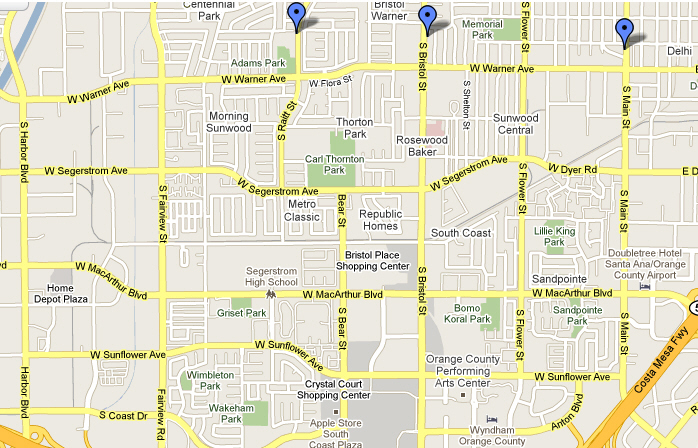 In the area we call the South Coast Metro you will find similar results. In the graphic above you can see that South Santa Ana has been almost entirely spared from the DUI checkpoints. 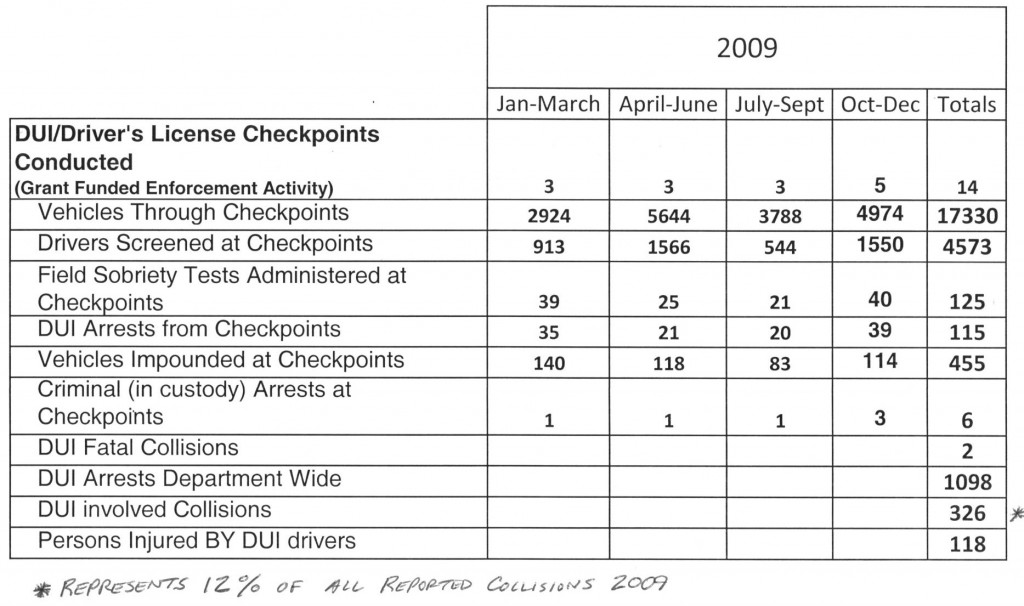 So have the DUI checkpoints accomplished anything?

So is this all worth it?  That is hard to say.  I did ask Chief Walters if the City does anything to reach out to patrons of local bars, so as to educate them about the dangers of drinking and driving.  They don’t.  We have more liquor licenses than any other Orange County city.  You could argue that our City created the drinking problem, to a certain extent.

The Chief did point out that many folks drink at home or at the homes of family or friends.  True enough.  As you can see in the graphic above, over a thousand of them were arrested for DUI in 2009.

As our meeting closed, I asked the Chief to please be careful about where they conduct the DUI checkpoints going forward, for the next six to eight months.  We need to make sure everyone fills out their Census forms.  If we fail to do so, our City, and our residents, will pay the price as our federal funding will shrink.