7th Annual Taste of Santa Ana set for Oct. 15 at the MainPlace Mall 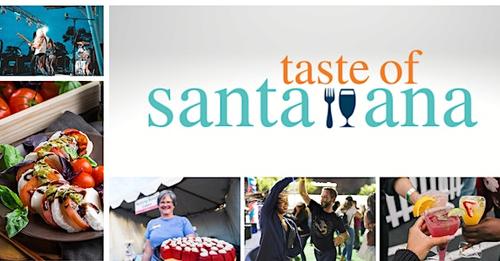 Santa Ana and Central Orange County’s favorite all-you-can-eat-and-drink fest is back! The MainPlace Mall, a three-story super-regional shopping center in Santa Ana, California, today announced it will host the seventh annual Taste of Santa Ana event on Saturday, October 15th, together with the Santa Ana Chamber of Commerce and the Power of One Foundation, a non-profit organization dedicated to fighting hunger and poverty among individuals and vulnerable communities in Orange County and beyond.

With a photo booth, kid’s zone, lawn games and a charity raffle, there’s no end to the fun. Proceeds from the event’s raffle will benefit the Power of One Foundation.

General admission prices are $69 and VIP admission is $99 with a $10 early bird discount on each before September 19th. Click here to register To learn more about the Taste of Santa Ana, click here.