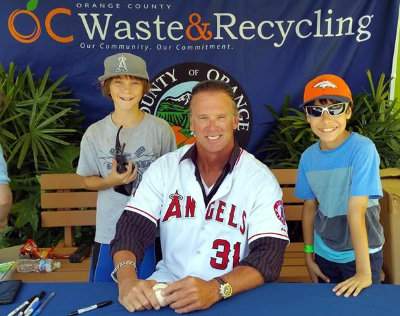 Santa Ana, Calif., August 26, 2015 – Discovery Cube Orange County and OC Waste & Recycling teamed up with Goodwill of Orange County and Angels Baseball for the final Eco Challenge Day collection event of the year on Saturday, August 22, 2015 at Discovery Cube Orange County in Santa Ana. An estimated 2200 lbs. were collected from the event. Past events have collected over 10 tons of e-waste and gently-used clothing. This year there free certified paper shredding was available, in addition to disposal services for e-waste, gently used clothing, and household goods. 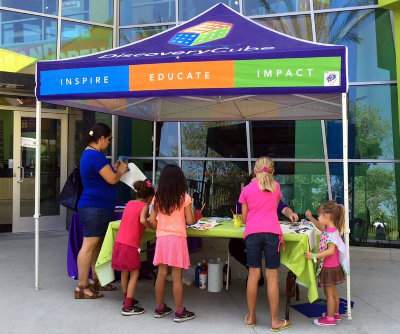 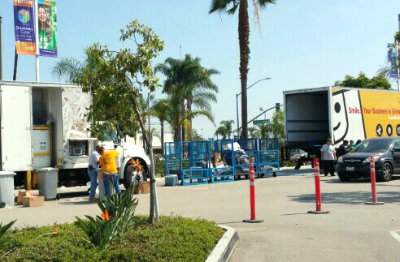 The Los Angeles Angels joined Major League Baseball as an expansion team in 1961 and have since gone on to win 10 American League Western Division Championships, host three All-Star games and capture the 2002 World Series Championship. Over its 55-year history, the franchise also boasts three MVP’s, two Cy Young winners, two Rookie of the Year winners, 34 Rawlings Gold Glove winners and 145 All-Stars. Visit the Angels online at www.Angels.com, follow them on Twitter @Angels and like them on Facebook at www.facebook.com/Angels. For media information, visit www.angelspressbox.com.

Since 1924, Goodwill of Orange County has been in the business of helping people who are facing barriers to enter the workforce in a meaningful, fulfilling manner. Founded on the belief that every person should have the opportunity to achieve the independence that work provides, Goodwill is most recognized for being the conduit where donated goods are sold in America’s favorite thrift stores to generate the revenue that provides the services to those who face employment challenges. Celebrating its 90th year in 2014, Goodwill of Orange County has supported thousands of Orange County residents since its inception by creating and providing quality training and employment services to empower its program participants to be productive and independent. The nonprofit organization has dozens of programs that support this effort, including the Goodwill Fitness Center, Orange County’s only facility specially designed for people suffering from chronic illnesses and physical disabilities; its veterans’ advocacy program, Enduring Independence, which helps veterans and their families transition to civilian life through the power of work; and its Assistive Technology Exchange Center (ATEC), which provides access to more than 1,000 state-of-the-art technology devices for children and adults with disabilities. These are just a few of Goodwill of Orange County’s innovative programs that have served those facing barriers in Orange County for the past nine decades. In 2012, Goodwill was named one of Orange County’s Most Trusted Brands. To learn more about Goodwill of Orange County, visit ocgoodwill.org.

« Car flipped on its side this morning in a crash by the Federal Appeals Court
U.S. Rep. Sanchez to host a water drought briefing & recognition event on 9/3 »