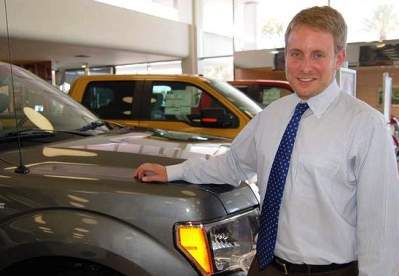 ORANGE COUNTY – Ford Motor Company (Ford) has invited 100 elementary and middle school at-risk students to visit the Ford facilities as an incentive for positive behavior, perfect attendance, and staying out of gangs. To earn this reward, the students met a challenge to have no unexcused absences, criminal activity or arrests, violence or weapons on campus, and no gang-related clothing, writing, or behavior.

During the visit to the Ford Irvine headquarters, the students will spend time with Ford’s design team learning about the studio design process, including the Ford Shelby GR1, the Lincoln MKR and the Ford START, three futuristic concept cars. They will also experience an interactive look at the latest Ford police vehicles with Orange County law enforcement officers. Lunch will be provided courtesy of Taco Bell.

Ford has teamed with Orange County law enforcement in the Orange County Gang Reduction and Intervention Partnership (OC GRIP), which aims to prevent juveniles from being victims of or participants in gang crimes by identifying at-risk youth, increasing school attendance, and decreasing gang activity.

“OC GRIP is a powerful partnership with the community, and Ford is thrilled to be a participant,” stated Tom Brewer, General Manager of Ford Motor Company West Market Area. “Our employees have found it tremendously fulfilling to spend time with OC GRIP students. We have shared many stories in common that we hope will provide inspiration toward the students’ future success. We are planning a truly special experience for December 7 that will certainly convey that message.”

Ford Incentive and Mentoring Program at Elementary and Middle Schools

Between September and December 2012, regional Ford employees, including Henry Ford III, visited OC GRIP schools on three occasions, getting to know the students and sharing what they do in their careers to provide students a close look and how cars are designed and sold.

During these visits, Ford and OC GRIP identified 110 at-risk students, ages 9 to 13 in grades 4 through 8, who were given an incentive to improve their grades, attendance, and behavior. Of the 110 students, 100 students met the challenge and were mentored by Ford employees, including guidance and encouragement for positive decision making and an incentive-driven reward visit to the Ford headquarters.

As a result of OC GRIP programs, many targeted schools have received as much as $30,000 each from the State for increased student attendance. The Orange County Grand Jury recognized OC GRIP as one of the most effective gang prevention programs in Orange County.

« Breakfast for the needy, in Santa Ana, set for Christmas Day
Who should replace retiring DPOC Chairman Frank Barbaro? »