LOS ANGELES – One man and two women are scheduled to be arraigned this morning on federal charges of defrauding elderly women by convincing the victims they needed financial assistance to cash purported winning lottery tickets.

A federal grand jury indictment returned on November 12 charges a total of four defendants with conspiracy to commit wire fraud for their roles in a multi-year scheme that targeted elderly female victims, robbing them of cash and other valuables in a scheme known as the “Latin Lotto Scam.”

These defendants – all Colombian nationals who reside in the Los Angeles area – were arrested in Long Beach and are being held in federal custody without bond after initially being arrested on state charges filed by the Los Angeles County District Attorney’s Office. After the United States Attorney’s Office filed a criminal complaint in late October, the three defendants in Los Angeles were transferred to federal custody on November 5.

The fourth defendant in this case – Maria Luisa Henao, 43, who recently became a U.S. citizen – was arrested in San Diego and arrived in Los Angeles on November 18, when she was arraigned on the indictment. Henao pleaded not guilty, was ordered held without bond, and was ordered to stand trial on January 14.

The four defendants are linked to at least 11 incidents in which an older woman was approached by a combination of the defendants who falsely claimed that one of the co-conspirators had a winning lottery ticket and needed help cashing the ticket.

As part of the scheme outlined in court documents, the defendants pretended to call lottery officials, who actually were co-conspirators. The purported lottery officials falsely confirmed to victims that they were looking at winning lottery tickets, but the funds would be released only if a deposit or fee was paid in advance. At that point, another defendant engaged with the victim and, knowing the lottery ticket was worthless, would offer to help cash the ticket. This allegedly served to encourage victims to contribute money or jewelry for the ticket’s deposit or fee. The defendants would then drive the victims to their homes and/or to their banks so the victims could get money and other valuables.

The indictment specifically charges the defendants with defrauding six victims; however, the Major Theft Task Force in Los Angeles and its partners have linked the defendants to at least 11 incidents since 2017 in the Southern California communities of Long Beach, Maywood, Baldwin Park, Hawaiian Gardens, Fontana, Lakewood, San Pedro and Chula Vista. One incident allegedly took place in the Bay Area city of Vallejo.

“This was an organized group that singled out older women for the sole purpose of ripping off these vulnerable victims with bogus promises of a big payday,” said United States Attorney Nick Hanna. “While law enforcement will do everything possible to bring criminals like this to justice, this case should serve as a reminder to potential victims and their family members that no one should ever pay an upfront fee in relation to any prize, sweepstakes or lottery.”

“Our elderly community is often a convenient and lucrative target for con artists and, while we’ve charged some of the perpetrators in this case, we know many others are at work to take their place,” said Paul Delacourt, the Assistant Director in Charge of the FBI’s Los Angeles Field Office. “Educating ourselves, as well as our aging family members and friends, is crucial so that they can take precautions and avoid victimization.”

“It is important that we stop these financial predators, especially when they target elderly victims within the Spanish-speaking community,” said San Diego County District Attorney Summer Stephan. “I am proud of our investigators, who collaborated with local and federal law enforcement to bring down this network of thieves preying on victims in supermarket parking lots.”

“Not in our city,” said Los Angeles Chief of Police Michel Moore. “We will collaborate with our law enforcement partners at all levels and across jurisdictions to ensure this scam targeting elderly victims comes to an end.”

The indictment also names defendant Lozada in a separate count charging him with possessing device-making equipment, commonly known as a credit card reader/writer and used to replicate credit cards to commit fraud and identify theft.

If convicted of conspiracy to commit wire fraud, each defendant would face a statutory maximum penalty of 20 years in federal prison.

This case is a result of a joint and continuing investigation by the FBI’s Major Theft Task Force in Los Angeles, which is comprised of FBI agents and Los Angeles Police Department detectives. San Diego County District Attorney investigators were instrumental in identifying the defendants in this case and tying the San Diego County incident to several others in California. The Los Angeles County District Attorney’s Office provided considerable assistance during this investigation.

This case is being prosecuted by Assistant United States Attorneys Ian Yanniello and Anna Farias-Eisner of the General Crimes Section.

SANTA ANA, CALIFORNIA – On Sunday, October 1, 2017, the SASC Senior Club and Downtown Neighborhood Association will host an older adult outreach event for the entire community. The 2nd Annual International Older Adults Fair and Senior Art Sale will take place at Birch Park/SASC. All proceeds from the Art Sale will go to the Senior Board fundraiser to help build a permanent restroom and a fence to preserve the historical Birch Park.

The Older Adults Fair will kick off with performances by Santa Ana and Southwest senior center participants. There will be music, food, prizes, health screenings, information booths, a senior art sale booth and much more! All senior event participants will have great time in the fair and will receive prizes for participating. Local companies have contributed exciting prizes to opportunity drawings. If you are a senior (60+), be sure to visit the registration booth to receive your event bag of goodies, free lunch wrist band a nd free raffle ticket. END_OF_DOCUMENT_TOKEN_TO_BE_REPLACED I actually stop by that Wells Fargo branch to use their ATM machines, on occasion.  The SAPD released a picture of the crash and it sure looks like perhaps the driver may have gone forward when she meant to go in reverse.  Then she likely stomped on the gas pedal when the car got stuck on the curb.  This can cause a vehicle to hop the curb and then crash into whatever is in front of it. END_OF_DOCUMENT_TOKEN_TO_BE_REPLACED 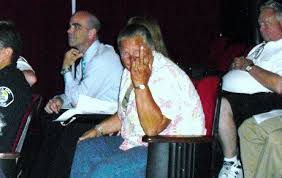 People over 65 make up only 6.8% of the City of Santa Ana, according to the U.S. Census – but they still rule this town.

Here’s how that works.  Take a look at the Santa Ana Neighborhood Associations – they are mostly made up of adults over 45.    The average member is closer to 65.

We live in the youngest city in Santa Ana.  Over 30% of our population is under 30!  There are 56,000 kids enrolled in the SAUSD’s K-12 schools (source – SAUSD)- and that does not include the Santa Ana schoolchildren who go to private schools or are in the Garden Grove Unified School District. END_OF_DOCUMENT_TOKEN_TO_BE_REPLACED