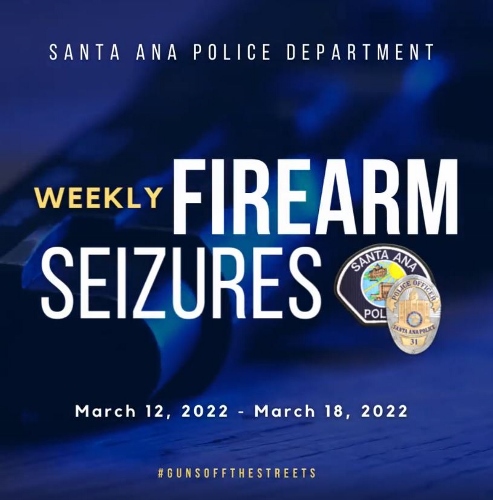 SAPD gang detectives stopped a vehicle for traffic violations. Upon contact with the driver the detectives observed narcotic paraphernalia inside the vehicle.

During a search of the vehicle the detectives located a loaded .22 caliber revolver and a loaded 9mm semi-automatic “Ghost Gun.”

In addition to the firearms the detectives also located narcotics and indicia consistent with the sale of illegal narcotics.

SAPD Civic Center patrol officers conducted a traffic stop of a vehicle for traffic violations. Upon contacting the driver they found he was in possession of a “ghost gun” and narcotics.

While conducting a patrol check SAPD gang detectives observed two suspects loitering. Detectives contacted the subjects and located a loaded 9mm semi-automatic handgun in one of the male’s pockets.

A record check revealed both males were documented gang members.

CIU officers contacted the subject and located a loaded 9mm “ghost gun” in his waistband. He was subsequently arrested and later booked into the Orange County Jail.