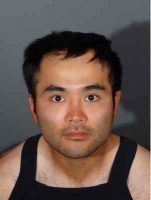 Chau came to the attention of detectives during an operation that was not specifically targeting him but targeting people who trade child pornography online, Wegener said. It did not appear that Chau manufactured any of the footage he distributed, according to the San Gabriel Valley Tribune.

Chau worked as a program leader and tutor for THINK Together, a nonprofit organization based in Santa Ana that provides resources for young students, since February of 2016. The schools where Chau worked and parents of students he may have tutored were notified by the organization’s leaders and law enforcement of the arrest.

The allegations do not include charges of physical abuse.

Chau is now facing charges of felony distribution of child pornography. He was released after posting bail, set at $20,000. He is due in court on May 23.

« Councilman Tinajero wants to increase your local sales tax, since his position on the ICE contract will cost the City $8-$9 million!
Man arrested for randomly stabbing two people in Costa Mesa »