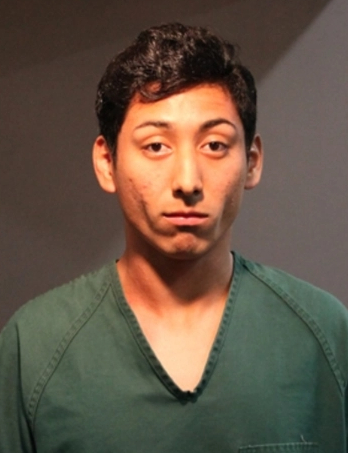 On November 29, 2022, at approximately 3:00PM, three female juveniles were walking home in the area of 1400 South Rene Drive when they observed the suspect, Marvin Elias (21), sitting inside his vehicle, a white Toyota Camry. As the victims walked past Elias’s vehicle, he called out to the victims. When the victims approached, Elias showed them his cell phone depicting a lewd photograph. The victims immediately left the area and reported the incident to the police. Officers obtained information on the suspect’s vehicle, which led to his arrest.

During the investigation, detectives learned Elias was a Teacher’s Aide at McFadden Intermediate School (now known as the McFadden Institute of Technology) since May of 2022.

Elias was booked at the Orange County Jail for depicting harmful matter to a minor and for child annoyance related charges. Elias’s bail was set at $20,000.

Santa Ana Police Detectives believe there could be additional victims and are asking for anyone with information to contact Detective Jorge Garcia at 714 245-8732, jgarcia@santa-ana.org or Orange County Crime Stoppers at 1-855-TIP-OCCS.