The SAPD arrested a man suspected of an attempted kidnapping 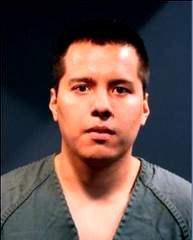 On 08/10/2020, Santa Ana PD Special Crimes Detectives identified and arrested Kevin Steven Brito (28) for the attempted to kidnap and sexually assault of a 15-year-old girl on July 30th in the 800 block of North Ross Street.

Santa Ana Police Detectives are looking for a suspect who attempted to kidnap and sexually assault a 15-year-old girl. The attack happened on July 30th in the 800 block of North Ross Street. The suspect, described as a 19-20 year-old male Hispanic, began making obscene comments and offered the victim money in exchange for sex acts. The victim ignored the suspect and continued walking away from him. The suspect walked up to the victim from behind and sexually battered her, then wrapped his arms around her and lifted her up off the ground. The victim fought back and broke free of his grasp then ran away. The suspect was seen leaving in what the victim described as a compact white SUV. The surveillance video captured the suspect vehicle fleeing the scene, as well as the victim running away.

The vehicle is believed to be a 2016-2017 white Hyundai Tuscon with front and rear end damage. The suspect is described as a male Hispanic, 19-20 years old, dark complexion, brown hair, thin build and was last seen wearing black shorts and a blue shirt.

Santa Ana Police Department Detectives are advising the public of this attack, as the suspect has not been identified and is not in custody. Detectives are asking for anyone with information to contact Detective Julio Gallardo at 714-245-8378, jgallardo@santa-ana.org or Orange County Crime Stoppers at 1-855-TIP-OCCS.