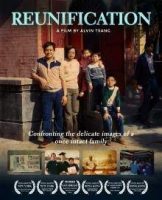 SANTA ANA – Presented in partnership with the ‘Memories of Migration’ grant project, a special screening of the breakthrough film Reunification will be presented at the Santa Ana Public Library as a free presentation for patrons of all ages on Saturday, February 25 from 1:00-3:00 p.m. The event will take place in Meeting Room A, on the second floor of the library building. In this film, Alvin Tsang captures through dynamic cinematography and a delicate pathos the unfolding of the trials and hardships confronted by members of the Tsang family as they migrate from Hong Kong to Los Angeles. Nuanced and bittersweet, the film follows the family’s halts and starts along the way, as half the family members travel from their home in Hong Kong to the suburbs of Los Angeles, separated by an ocean from those left behind, and awaiting reunification for years. Arthur Chu of Salon magazine gives a glowing review, “It’s a documentary unlike any I’ve seen – a film very clearly put together to say things through the language of film that the filmmaker is uncomfortable saying any other way…Of all the films I watched this year, Reunification is the film that’s come closest to feeling like a truly distinct Asian-American film Language.” This award-winning film brilliantly delves into the contemporary Asian-American immigrant experience. A meditation on the human condition, illuminating the paths ordinary people must make in their search for security, stability, and the hope of reunification with the loved ones they leave behind.

Reunification has not been rated, and has a runtime of 1 hour 26 minutes.

Space is limited so please arrive early. 2-hour parking validation will be provided to event attendees for those who park in the structure next to the library.

For more information, call (714) 647-6913 or keep up with the Santa Ana Parks, Recreation and Public Library on social media @SantaAnaPRCSA.