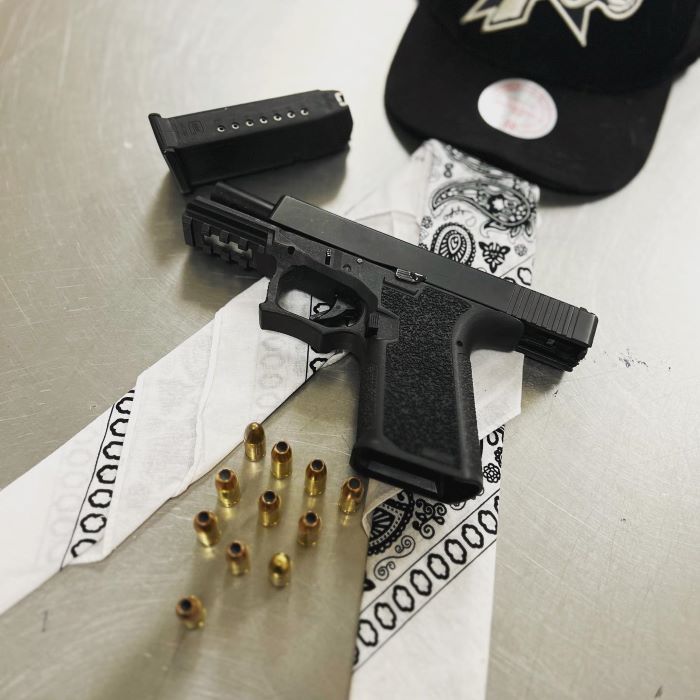 Due to an increase of graffiti, the Orange Police Department’s Gang Unit was patrolling the east sector when they observed three suspicious subjects.

They attempted to contact the subjects and all three were detained after a foot pursuit.

One male was a documented gang participant on probation. A second male had a loaded, unregistered firearm in his waistband.

All three subjects were arrested.

Presumably these suspects are also now on Santa’s naughty list…