The OCDA receives $1.9M in grants to combat DUIs 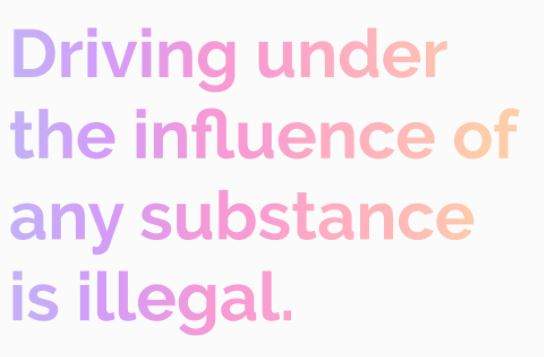 SANTA ANA, Calif. – The Orange County District Attorney’s Office (OCDA) is proud to announce that it has been chosen by the California Office of Traffic Safety (OTS) to continue serving as the statewide traffic safety training agency in an ongoing effort to combat drugged and drunk driving across California.

OTS has awarded the OCDA two grants totaling $1.9 million in order to fund the office’s Alcohol and Drug Impaired Driver Vertical Prosecution Program, which dedicates eight prosecutors and one investigator to prosecuting drugged and drunk driving cases, as well as continue the California Traffic Safety Resource Prosecutor (TSRP) Training Network, which trains California law enforcement and prosecutors on how to effectively prosecute driving under the influence cases.

Unfortunately, the number of drug-impaired driving cases investigated and prosecuted across California has increased in the wake of the state’s 2016 decriminalization of marijuana.

“Preventing drunk and drugged driving has been a top priority for me throughout my entire career and the Orange County District Attorney’s Office continues to lead the way in training our law enforcement partners to effectively investigate and prosecute impaired drivers,” said Orange County District Attorney Todd Spitzer. “The injuries and deaths caused by drunk and drugged drivers are completely preventable and we as a society must continue to do everything we can to prevent impaired drivers from ever getting behind the wheel in order to save lives. As a member of the State Assembly, I authored the Steve Ambriz Act to require every Californian who applies for a driver’s license to sign a form that states he or she has been advised that being under the influence of alcohol or drugs, or both, impairs the ability to safely operate a motor vehicle, and if they do so anyway and someone is killed, they can be charged with murder. These grant dollars from the California Office of Traffic will help to make our roadways safer and save innocent lives.”

OCDA was awarded $1,111,504 for the Alcohol and Drug Impaired Driver Vertical Prosecution Program and $833,392 for the California Traffic Safety Resource Prosecutor Training Network.

In October 2016, OCDA expanded its traffic safety training role to the Southern California region, serving as the lead agency in prosecution and law enforcement training. This includes the delivery of live trainings, roundtables, training videos, and legal updates. In 2017, OCDA began to develop a statewide training program through its administration of the TSRP Training Network. As part of this process, OCDA has begun to align law enforcement and prosecution agencies throughout the state to create a massive statewide training, resource and education network. This responsibility offers agencies throughout the state the opportunity to share expertise in the area of traffic safety as the OCDA works in partnership to proactively investigate and prosecute traffic related crimes, increasing public safety in all jurisdictions throughout California.

During the 2020 grant year, despite the challenges confronted due to the travel and gathering limitations caused by the Coronavirus pandemic, our TSRP team conducted more than 60 trainings to prosecutors, peace officers, toxicologists, community members, and policymakers about the dangers, investigation, and prosecution of driving under the influence of drugs.

One thought on “The OCDA receives $1.9M in grants to combat DUIs”