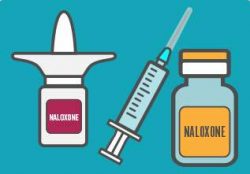 SANTA ANA, Ca. (July 30, 2020) – The Orange County Sheriff’s Department’s deployment of Naloxone, an opioid antagonist that can be effective in opioid overdose, has continued to increase dramatically since 2015, with the number of doses administered in the first half of 2020 setting the
stage for the Department to double every year since deputies began administering Naloxone.

Opioid misuse and addiction have increased dramatically across the nation, and Orange County continues to be no exception. In 2016, the first full year that OCSD deployed Naloxone department wide, only nine doses were administered. In comparison, between January and June of 2020,
deputies administered 92 doses of Naloxone to 52 individuals. Between April and June of 2020, 16 of the 30 Naloxone deployments resulted in the immediate reversal of an overdose.

Since the introduction of the program in 2015, OCSD has deployed a total of 298 doses. This year is tracking to exceed all previous years’ usage.

Naloxone, while effective, does not work every time. Between April and June of 2019 for example, the Coroner’s Division reported that 17 decedents had Naloxone in their system.

The Orange County Sheriff’s Department continues to be committed to interrupting the supply of drugs in our county. A recent seizure by OCSD Investigators yielded approximately 400 grams of carfentanyl, an odorless white powder ultra-potent synthetic opioid used as a large-animal
tranquilizer. Carfentanyl is 100 times more potent than fentanyl, and a grain of sand size amount can be lethal.

“By working collaboratively to increase enforcement against illicit drugs, coupled with education and prevention efforts to reduce drug demand, we can keep Orange County a safe and drug-free community,” said Sheriff-Coroner Don Barnes.