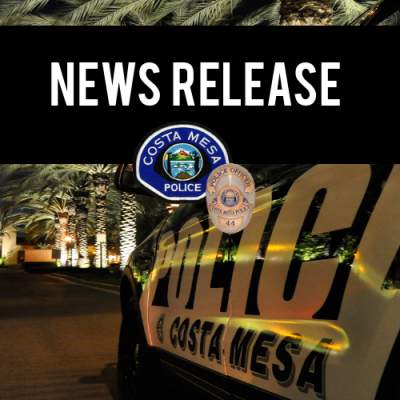 COSTA MESA, Calif. (March 11, 2021) – The Costa Mesa Police Department (CMPD) responded to a robbery in progress this morning that resulted in an officer involved shooting.

When officers arrived, they interrupted a robbery in progress. The male suspect was assaulting the cashier with a knife when the officer involved shooting occurred.

The victim and the male suspect where both treated at the scene by officers and Costa Mesa Fire & Rescue. They were then transported to nearby hospitals. The victim sustained stab wounds and is in stable condition. The suspect’s condition is unknown at this time while he receives medical treatment.  There were no other parties or officers reported injured in this incident. A knife was located at the scene.

As per standard protocol, the Orange County District Attorney will handle the officer involved shooting investigation.

No further information will be released by CMPD at this time.