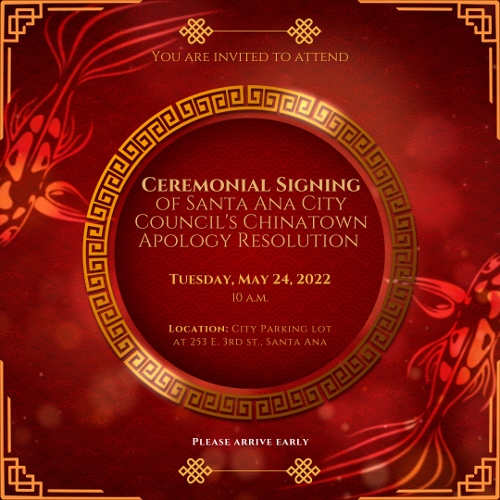 Members of the public are invited to a ceremonial signing of the City Council’s resolution apologizing for the burning of Santa Ana’s Chinatown in 1906.

On May 17, the City Council unanimously approved a resolution apologizing to Chinese immigrants and their descendants for acts of fundamental injustice and discrimination, seeking forgiveness and committing to the rectification of past policies and misdeeds.

Here is an article we wrote about the burning of Santa Ana’s Chinatown, which was published in 2010: