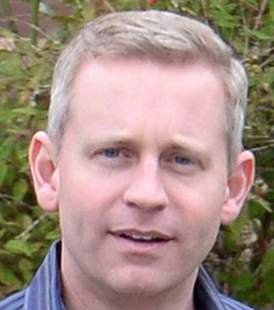 Giese was indicted on May 12 on 20 felony sex charges. His arraignment hearing was rescheduled for June 17.

Giese was finally found in England in 2012 thanks to the TV show “America’s Most Wanted” which broadcast an episode about him. Giese was extradited to California from the UK in August 2018. His trial has slowly proceeded since then.

Now Giese is facing an additional count of a lewd act on a child younger than 14 in the indictment alleging that he sexually assaulted a second boy between Feb. 26, 1997, and Feb. 25, 2000.

Giese met the first alleged victim, in Buena Park in 1998, according to the FBI. The victim was 13-years-old at the time. Giese was working then as a vocal coach for the All-American Boys Chorus. He allegedly sexually abused the boy from May 1998 through May 2002, according to the police.

Giese met the teen and his family at a church and “befriended” them. He also told them that he was involved in an elite military unit called the Delta Force, and that he could get the victim into the unit if he supplied various “bodily fluids,” as was reported by the police back in 2018.

The family finally came forward with a complaint in September of 2002 and authorities served a search warrant on the defendant’s residence in Irvine.

Giese however disappeared right when his jury trial was about to begin.

An OCDA investigator contacted the U.S. Department of Homeland Security on March 13, 2007, after Giese had caught a flight two days earlier from Charlotte, North Carolina, to the Cayman Islands, according to the FBI.

Giese was evetually found six years ago in Hampshire, working for a PR firm and living under an assumed name with a woman who did not know who he really was, according to Senior OCDA Deputy District Attorney Erin Rowe in 2018.

It proved difficult to extradite Giese from England as British authorities were concerned that Orange County prosecutors would seek to have Giese committed to a state mental health facility indefinitely as a sexually violent predator following any prison term if convicted, which UK officials consider to be a human rights violation. The OCDA had to assure their UK counterparts that Giese’s alleged crimes did not quality for the sexually violent predator, or SVP, designation.

The SVP petition is generally reserved for defendants with multiple victims and a lengthy history of sex crimes.

As Giese fought to stay in the UK he was found to once again be doing work for a church, but authorities say there is no evidence that he molested anyone in the UK.