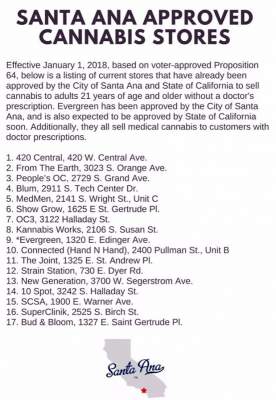 While the State of California will legalize recreational cannabis sales on Jan. 1, because the voters approved this when they voted for Prop. 64 in 2016, only a few cities, including San Diego and the Coachella Valley, have passed local ordinances allowing for legal marijuana sales. The City of Los Angeles is still weeks away from getting local permits approved. The City of West Hollywood won’t let its local pot shops start selling marijuana until Jan. 2. END_OF_DOCUMENT_TOKEN_TO_BE_REPLACED

SANTA ANA, Calif. – Three Santa Ana Police Department (SAPD) officers were charged today with petty theft and one with vandalism during a legal search of a marijuana dispensary pursuant to a search warrant. Brandon Matthew Sontag, 31, and Nicole Lynn Quijas, 37, and Jorge Arroyo, 32, are charged with one misdemeanor count of petty theft. Sontag is also charged with one misdemeanor count of vandalism under $400. If convicted on all counts, Arroyo and Quijas face a maximum sentence of six months in jail and a $1000 fine and Sontag faces a one year and six months in jail and a $2000 fine. They are scheduled for arraignment April 11, 2016, at 9:00 a.m. in Department C-54, Central Justice Center, Santa Ana. END_OF_DOCUMENT_TOKEN_TO_BE_REPLACED 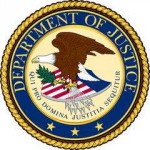 LOS ANGELES – In the latest of a series of federal enforcement actions against the commercial marijuana industry in California, federal authorities today moved against 63 illegal marijuana stores in the City of Santa Ana.

In federal court this morning, prosecutors filed three asset forfeiture lawsuits against properties in Santa Ana where a total of seven marijuana stores are currently operating. Authorities also executed federal search warrants at two of the stores involved in the asset forfeiture actions. Additionally, prosecutors sent warning letters to people associated with 56 other stores not involved in the forfeiture actions. The federal actions involve all known marijuana stores in the City of Santa Ana. END_OF_DOCUMENT_TOKEN_TO_BE_REPLACED