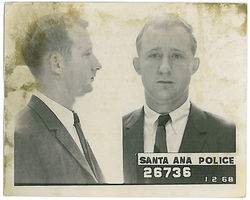 Santa Ana police officer Nelson Sasscer was shot while on duty on June 4, in 1969, and eventually died as a result. Sasscer was ambushed by a member of the Santa Ana Chapter of the Black Panthers, a radical group that expressed hatred for police officers and has been accused of being racist against white people.  Members and former members of the group were responsible for the murders of at least 15 law enforcement officers and the wounding of dozens more across the nation in the 1960’s and 70’s. END_OF_DOCUMENT_TOKEN_TO_BE_REPLACED