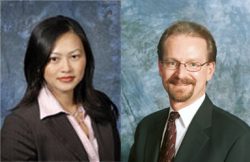 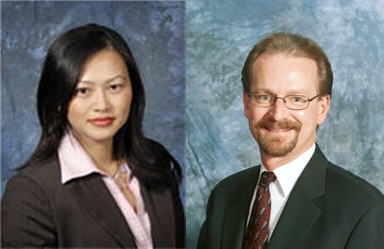 Our friends at the OC Weekly are reporting that the lawyers representing the Santa Ana Unified School District (SAUSD) in a civil case brought by a student with cerebral palsy who was molested by an SAUSD employee are resorting to alleging that the student essentially wanted it.

Here are a few excerpts from the OC Weekly article:

Remember the Alonso Manuel Gonzalez case? The teacher’s aide at Saddleback High School in SanTana who molested a special-ed student in late 2008, a molestation that administrators tried to cover up? The pervert who pleaded guilty to child abuse and endangerment in 2009? Turns out that the student’s parents are suing Gonzalez and the Santa Ana Unified School District in a civil suit–the former for mental and physical trauma caused to the student by his actions, the latter for negligence for keeping an employee parents had complained about for years.

The district’s response? Slur the victim–a cerebral palsy-stricken young woman that has the mental capacity of a seven-year-old–with the worst “she wanted it” defense since the Haidl boys roasted Jane Doe.

Most school districts belong to Joint Powers Authorities – which are essentially groups of school districts who pool their risk together.  When a case like this surfaces, the district typically will get the JPA involved.  Most likely the lawyers were retained by the JPA – not by the SAUSD.

That said, the SAUSD’s Risk Manager, Camille Boden, would have had an opportunity to approve the legal tactics used by the lawyers – Glenn Goldby and Shiao-Wen Huang.  They work at Declues Burkett & Thompson LLP.

Click here to see their clients, which include a number of JPAs all over the State of California.

Why wouldn’t the SAUSD, or their JPA, just settle with the family of the student who was molested?  Good question.  Insurance carriers will fight tooth and nail if they think they can prevail – for several reasons.  For one thing, they don’t want to set a precedent.  For another, they don’t want parents to think they can win in court.  And lastly, the lawyers often advise their clients to go to court, as that is how they make their money.

But yes, this case is a black eye for the SAUSD, their JPA and the attorneys in question.

But will parents in Santa Ana even notice what is going on, or complain about it?  Probably not.  Imagine however if this happened in Irvine, or in Anaheim, or in Orange, or God forbid in the litigious Capistrano Unified School District.  It would be a real war.

Now that the cat is out of the bag, thanks to the OC Weekly, the SAUSD, their JPA and their lawyers need to ponder if this case is worth pursuing.  Elections are coming up in November and the last thing that SAUSD Trustees Audrey Noji and John Palacio need is this stinky case wrapped around her neck, as they run for reelection.  Palacio in particular is probably none too happy about this case as he has a special education child.

My guess is that the SAUSD Trustees have been kept in the dark about this case.  Well folks, the lights are on now!  Both the SAUSD Risk Management and H.R. Departments have much to answer for, as does SAUSD Superintendent Jane Russo.

Other SAUSD employees and parents complained about the molester for years.  Why didn’t the district do anything about him until it was too late?  And will the molestation victim’s parents’ lawyers bring that out in discovery?  That will be most interesting!  Who knew and what did they do about it…

SAUSD Risk Manager Camille Boden has verified via email today that the SAUSD is involved in not one, but two JPAs:

« Should the City of Santa Ana install more red light cameras, or get rid of them all?
Board of Supervisors holds special meeting to consider 20,000 acre gift on Tuesday »