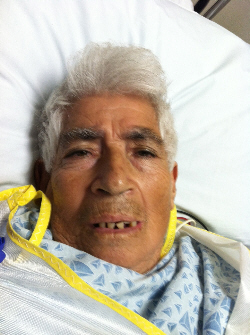 Officers dispatched to the 2100 blk W.Myrtle regarding the female who appeared to be lost or possible dementia. Female who speaks only Spanish can only provide officers with the name Lupe. An area check and records check has failed to uncover any leads as to where the female resides. There have been no missing person calls.

Officers have transported the woman to a local hospital and are contacting Adult Protective Services. Any one with information can contact SAPD Station Supervisor at 714-245-8701.

One thought on “Updated: SAPD reconnects elderly woman with her family”