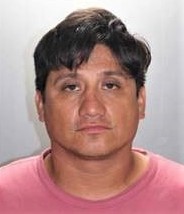 SANTA ANA, Calif. – A Santa Ana youth sports coach has been charged with multiple felonies for molesting an underage girl he trained at STARS sports. Authorities believe there may be additional victims and are asking anyone with information about Christopher Flores, who went by the name Coach Frogg, to contact the Santa Ana Police Department.

Christopher Flores, 37, has been charged with four felony counts of lewd acts upon a child aged 14 or 15 and two felony count of sexual penetration by a foreign object of a victim under the age of 16. He faces a maximum sentence of six years and four months in state prison if convicted.

Flores is currently being held at the Orange County Jail on $500,000 bail.

Flores is accused of molesting a 15-year-old athlete at STARS from January 2021 through December 2021.

“This predator used his position of trust as a coach and athletic director to prey on children for his own sexual satisfaction,” said Orange County District Attorney Todd Spitzer. “These athletes were there to train in an effort to excel at their sport, not to be victimized by a pedophile. What happened to this young girl is horrific and the youth sports community as a whole has been victimized by the actions of a grown man who not only abused his victim but abused that position of trust.”

Anyone with additional information about Flores or additional potential victims is asked to contact Santa Ana Police Detective Matthew Thomas of the Special Crimes Section at Mthomas@santa-ana.org.