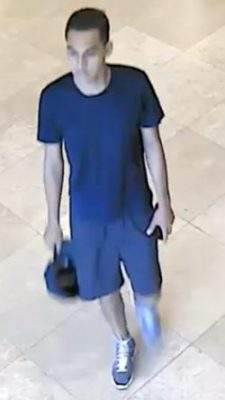 Tuesday evening, at around 5:45 p.m., the Costa Mesa police responded to a call about a male suspect who had followed a female to her vehicle in the parking area and then sexually assaulted her.

The male suspect took off on foot before the police officers arrived, according to the Costa Mesa Police department.

The suspect has dark hair and a thin build. He was wearing a dark blue shirt, dark blue shorts and a dark blue baseball hat with a distinctive, white colored logo on the front when the attack occurred.

The suspect was caught on surveillance camera footage from the area and the police were able to obtain photos of the male from the videos.

Anyone with information about the incident should contact Costa Mesa police Detective Brian Hernandez at 714-754-5120.