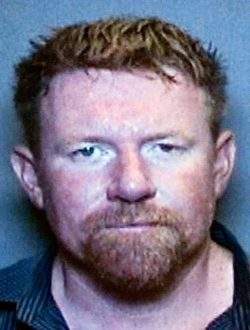 Investigators quickly discovered the Honda was a reported stolen vehicle from a tow yard in Santa Ana on the same day as the accident.  Investigators also viewed surveillance video from the tow yard which showed a male walking around the Honda several times before getting in the vehicle and driving it off the tow yard lot.

Based on evidence collected at the scene of the fatal traffic accident and the surveillance video from the tow yard, investigators began looking for Damon Block as a person of interest.  Investigators conducted surveillance in multiple cities in an attempt to locate Block, but were unsuccessful.

On August, 9, 2016, the Sheriff’s Department asked for the public’s assistance to locate Block, and released pictures of Block, pictures of the damaged Honda and interviews with the deceased motorcycle rider’s family.  As a result of the extensive media coverage, investigators began receiving anonymous leads as to the possible whereabouts of Block.

On August 17, 2016, investigators located Block hiding in a residence in the 12500 Block of Vista Panorama in the unincorporated area of Santa Ana.  Block was arrested and booked into the Orange County Jail for multiple arrest warrants unrelated to the hit and run fatality traffic accident.