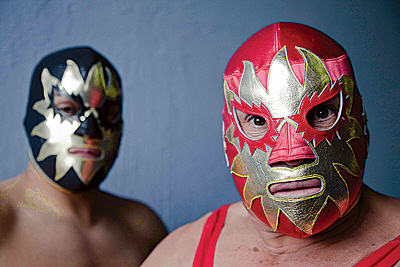 “The 2012 Film Fiesta has been a tremendous success with packed screenings, important community dialogues and tremendous support from Santa Ana artists, merchants and restaurants,” says Festival Director Sandra “Pocha” Peña. “We have had great response from attendees throughout Orange County, and we invite county residents to come to Santa Ana for the final festival weekend as well as the great Fiestas Patrias Celebration.”

The OC Film Fiesta screenings are located in and around the Santa Ana Artists Village, which is easily accessible by OCTA. To plan routes using OCTA’s handy online trip planner, visit www.octa.net.

The OC Film Fiesta is a free three-week cinematic celebration of Orange County’s multicultural heritage that runs from Sept. 1-16. Presented by the City of Santa Ana, the 2012 OC Film Fiesta takes place in Santa Ana’s vibrant downtown Artists Village. The OC Film Fiesta presents an award-winning selection of feature films, documentaries, short films and activities for a diverse audience of families, students, artists, professionals and lovers of cinema from throughout the county.

The OC Film Fiesta is free and open to the public. Join us for this year’s Film Fiesta, and be a part of this dynamic cinema celebration in the historic heart of downtown OC!

The Orange County Premiere of Carlos Avilas’ the new PBS documentary Tales of Masked Men closes the 2012 OC Film Fiesta on Sun., Sept. 16 at 7pm at the Orange County Center for Contemporary Art, located at 117 N. Sycamore in Santa Ana.

The Greenhorns is a documentary film that explores the lives of America’s young farming community—its spirit, practices, and needs. As the nation experiences a groundswell of interest in sustainable lifestyles, we see the promising beginnings of an agricultural revival. Young farmers’ efforts feed us safe food, conserve valuable land, and reconstitute communities split apart by strip malls. It is the filmmakers’s hope that by broadcasting the stories and voices of these young farmers, we can inspire another generation of optimistic agrarians.

Co-Presented with The Road Less Traveled and The Grain Project.

Germán Cipriano Gómez Valdés Castillo, better known as his famous character “Tin Tan,” gained the attention of an entire continent through his “pachuco” style, use of Spanglish, and rapid, comedic improvisation. His talent as an actor, singer, dancer and comedian also helped establish the Golden Age of Mexican cinema. Through interviews with his family and Mexican film legends such as Silvia Pinal, Tongolele, Capulina, El Loco Valdez, Zamorita and Margarito, the story of Tin Tan is told as it never has been before.

By custom, thousands of artisans in Mexico still use lead based glazes in their pottery without knowing the damage that this toxic element causes to their health.

Herlinda, an indigenous Purepecha potter, is one of the few artisans in her community who uses alternative lead-free glazes. Having achieved safer and healthier living conditions for her family, she faces the difficult task of finding a market for her impressive pieces.

But this does not dull her dreams of having her shop thrive and her brothers return from El the United States to rejoin the family tradition.

El Santo, the masked Mexican wrestler, investigates a series of kidnappings. He discovers that the mysterious Doctor Caroll is using the victims as part of his experiments to develop an army of monsters. Naturally, El Santo is able to overcome them all – with wrestling

OC Premiere of a new PBS documentary exploring Lucha Libre (Mexican wrestling) and the tradition of the masked Mexican wrestler. A Film by Carlos Avila. Co-Produced & Edited by Thom Calderón.