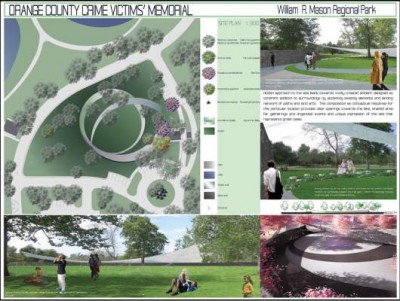 “I thank the designers from around the world for their interest in the Crime Victims’ Memorial,” Supervisor Todd Spitzer said. “This will be a chance for the public to view each proposed design up close, and I urge all Orange County residents to attend this important event.

The Board of Supervisors and OC Parks announced the Crime Victims’ Memorial Competition in April 2013 during National Crime Victims’ Rights Week after Supervisors selected Mason Regional Park in Irvine to house the memorial.  The competition was open to any person who wished to submit a design proposal.

The designers’ names and locations were not known to the OC Crime Victims’ Memorial judging panel until after the finalists were selected.

Supervisor Spitzer announced the five finalists in November.  Chu, Ochoa, Juarez, Cvejic, and Zerafa each submitted detailed design documents in plan and elevation view along with logo designs in January.

Those submissions will be unveiled on Wednesday and then be publicly exhibited until the end of March. The winning design will be announced during National Crime Victims’ Rights Week in April.

OC Parks has constructed a web site to enable public comments on the finalists’ designs to be submitted to the OC Crime Victims’ Memorial judging committee here. A map of Mason Park is available here, with a more specific map of the site available here.

The original 59 entries can be viewed here.

The five finalists are shown below: 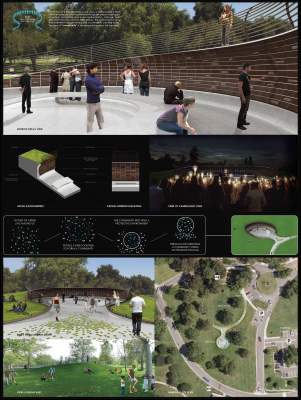 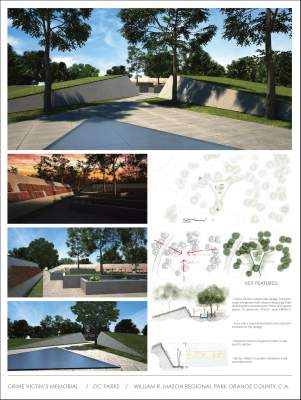 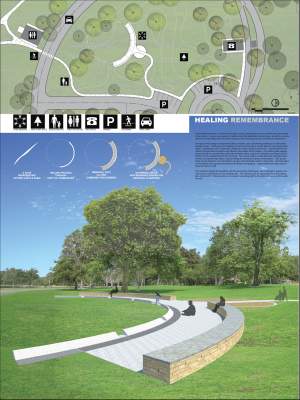 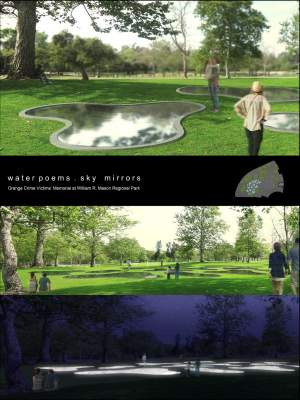 The County of Orange has received 59 entries in a competition to design a Crime Victims’ Memorial at William R. Mason Regional Park. The Orange County Board of Supervisors and OC Parks are asking that you provide your input on these designs.

The Orange County Board of Supervisors and OC Parks are sponsoring the competition, announced during National Crime Victims’ Rights Week in April, 2013. The competition was open to all, and seven of the entries came from students. Additionally, 42% of the entries originated internationally, from countries including Australia, Mexico, Sweden, Japan, China and the United Kingdom.

This is an open, two-phase competition. The first stage solicited concept drawings and a narrative that fully articulate the designer1s vision for the Momument site within Mason Regional Park. The 59 original entries were reviewed for completeness and consistency with the competition guidelines and those meeting the guidelines are posted below. From this group, a panel of eight judges will select the top entries to move on to the next phase of the competition, with five finalists expected to be announced in November.

The second stage will solicit detailed design documents in plan and elevation view, logo design, and an optional materials board. The Stage 2 submittals deadline is Jan. 30, 2014, followed by a public exhibition of the submittals in February and March. The formal winner announcement will be in April of 2014.