O.C. man arrested for cyber stalking a pro gamer and her family 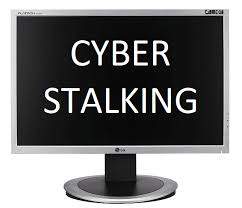 SANTA ANA, California – An Orange County man is expected to appear in federal court today after his arrest on a federal criminal complaint alleging that he stalked a professional online gamer during a multi-year harassment campaign.

Evan Baltierra, 29, of Trabuco Canyon, was arrested by FBI agents on Monday afternoon, and he is expected to make his initial appearance this afternoon in United States District Court in Santa Ana. Baltierra is a former L.A. Airport Police Officer.

According to an affidavit filed with the complaint, since July 2020, Baltierra has orchestrated a campaign of harassment targeting the victim, her boyfriend, her friends and her boyfriend’s family. The victim, a resident of Canada, is a prominent professional gamer in the community of “World of Warcraft,” a long-running and popular multiplayer online role-playing game.

In November 2019, the victim traveled to Anaheim to attend “Blizzcon,” an annual gaming convention that focuses on several video game franchises, including “World of Warcraft.” The victim met Baltierra in person at a meet-and-greet with her fans at the Anaheim Convention Center.

Following the convention, Baltierra allegedly asked the victim to be his “valentine.” In response, she politely told him she had a boyfriend. Baltierra then allegedly expressed a desire to visit the victim in Canada, an offer she declined.

After learning from an online friend in June 2020 that Baltierra was trying to find out where she lived because he wanted to visit her, the victim decided to remove Baltierra as moderator of her stream channel and block him from her social media.

Baltierra allegedly continued to contact the victim via direct message on various platforms, including Twitter, Instagram and Reddit, and also via email. He allegedly contacted the victim’s boyfriend and her colleague via the same online platforms. Many of these messages contained threats of violence toward the victim.

Despite obtaining a temporary restraining order against Baltierra in Orange County Superior Court in February 2021 and Baltierra signing an agreement in which he promised to end the harassment campaign, Baltierra allegedly continued to stalk the victim.

In March 2022, law enforcement executed a search warrant at Baltierra’s residence and seized several items, including a thumb drive that contained many photoshopped nude images with the victim’s face on them, and evidence on Baltierra’s iPhone of email accounts with which he used to send the victim harassing messages, the affidavit states.

A criminal complaint contains allegations that a defendant has committed a crime. Every defendant is presumed innocent until and unless proven guilty beyond a reasonable doubt.

Baltierra is charged with one count of stalking. If convicted, Baltierra would face a statutory maximum sentence of five years in federal prison.

The FBI is investigating this matter.