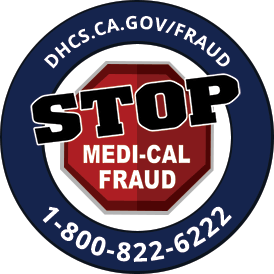 OAKLAND – California Attorney General Rob Bonta today secured a guilty plea against a Southern California doctor who participated in an illegal prescription scheme that defrauded the state Medi-Cal program of over $20 million. Over the course of two years, Mohammed El-Nachef, M.D., took part in an illicit drug-prescription operation where he prescribed medically unnecessary HIV medications, anti-psychotics, and opioids to over a thousand Medi-Cal beneficiaries in the Los Angeles and Orange Counties. The medications he authorized were not kept or used by the beneficiaries, but instead diverted to the illicit market for cash. Today, El-Nachef pled guilty in the Orange County Superior Court to one count of insurance fraud and one count of aiding and abetting the unauthorized practice of medicine. As part of his plea, El-Nachef is required to pay $2.3 million in restitution and surrender his medical license. His sentencing is set for August 1, 2023.

“El-Nachef used his position as a physician to steal taxpayer money from our state programs and fuel illicit pharmaceutical sales on the streets of Southern California – all for personal gain,” said Attorney General Bonta. “Today, he was held accountable and ordered to give back what he took from the people of California. Abuses of power – whether big or small – will never be tolerated by the California Department of Justice. As the people’s attorney, I will continue to protect the programs designed to help our most vulnerable residents.”

From June 2014 to April 2016, El-Nachef, prescribed medically unnecessary HIV medications, anti-psychotics, and opioids to over a thousand Medi-Cal beneficiaries in Southern California that were diverted on to the illicit market for cash. El-Nachef served as the prescriber at two clinics: one in Anaheim and the other in Los Angeles. El-Nachef was recruited by individuals who were involved in illegally selling the medications. These individuals solicited Medi-Cal recipients with the promise of cash payments to pose as patients, and in turn, El-Nachef agreed to prescribe these patients the medically unjustified medications. The selected drugs were among those with the highest street value. The pharmacies billed Medi-Cal for the medications, which would ultimately end up in the hands of the individuals who recruited El-Nachef, who then sold the drugs for cash. For his part, El-Nachef received cash payments for each day he wrote prescriptions.

The California Department of Justice’s DMFEA (Division of Medical Fraud and Elder Abuse) protects Californians by investigating and prosecuting those who defraud the Medi-Cal program as well as those who commit elder abuse. These results are only made possible through the coordination and collaboration of governmental agencies, as well as the critical help from whistleblowers who report incidences of abuse or Medi-Cal fraud at oag.ca.gov/dmfea/reporting.