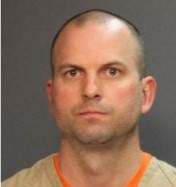 In January 2012, it was discovered that a legal runner was possibly smuggling contraband into the
jail facility (Men’s Main Jail in Santa Ana). An investigation was initiated regarding the
allegations and enough evidence was collected to arrest the legal runner, Ha Duc Nguyen.

Nguyen, 31 years of age from Norwalk, was taken into custody on Thursday, February 23, 2012
for bringing drugs into a jail facility, possession of marijuana for sale, and gang affiliation. She is
being held on $1,000,000 bail.

The investigation began after marijuana, tobacco, and a cellular phone were found during a search
at the Men’s Central Jail in late December of 2011. Nguyen, who is a legal runner, has had regular
contact visits with Stephenson Kim, an inmate housed in the cell where the contraband was found.
Nguyen visited Kim, who is a known gang member and in custody for homicide. Many of these
visits occurred when Cass was supervising the visiting area.

Sheriff’s personnel developed this investigation utilizing several investigative techniques including
surveillance, a review of phone toll records, and reviewing records and video tape from the Men’s
Main Jail. During the investigation it was determined Cass had been communicating with Nguyen
on numerous occasions. In addition, it was discovered Cass had received monetary items from
Nguyen in exchange for allowing her to pass items to the inmate she was visiting.

Cass has been employed by the Sheriff’s Department as a Deputy Sheriff for the past seven (7)
years and is assigned to Custody Operations. Cass was booked into the Santa Ana city jail.

2 thoughts on “O.C. Deputy Sheriff arrested for accepting bribes at the County Jail”