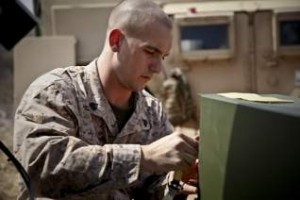 WESTMINSTER – A Marine was convicted today of driving under the influence of alcohol and causing a crash that killed three fellow Marines after crashing into a tree. Jared Ray Hale, 27, was found guilty by a jury of one felony count of driving under the influence causing bodily injury, one felony count of driving with a blood alcohol concentration of .08 percent or more causing bodily injury, with sentencing enhancements and allegations for driving with a blood alcohol level over .15 percent and causing great bodily injury. He faces a maximum sentence of 12 years in state prison at his sentencing Jan. 30, 2015, at 9:00 a.m., in Department W-13, West Justice Center, Westminster.

The defendant was originally charged with three felony counts of vehicular manslaughter while intoxicated without gross negligence with sentencing enhancements and allegations for driving with a blood alcohol level over .15 percent and causing great bodily injury. The California Court of Appeals, Fourth Appellate Division, District Three, ruled that the defendant cannot be charged with one felony count of manslaughter with sentencing enhancements for causing great bodily injury for the same subjects who have been named as victims in separate manslaughter counts and ordered the complaint to be amended. The defendant’s maximum sentence under the original counts would have been 10 years in state prison.

Facts and Circumstances of the Case
At approximately 10:30 p.m. on Feb. 13, 2012, Hale arrived at Hennessey’s Tavern in Dana Point with three friends. The defendant and his friends were all Marines stationed at Marine Corp Base Camp Pendleton. The friends included Christopher Arzola, 21, Mass., Jeremiah Callahan, 23, Neb., and Jason Chleborad, 22, S.D.

At approximately 1:50 a.m. on Feb. 14, 2012, the defendant drove away from the bar in his Dodge coup with his three friends as passengers.

At approximately 2:00 a.m. Hale drove northbound on Golden Lantern Street in Dana Point. As he approached a curve in the road at the intersection at Terra Vista, the defendant lost control of his vehicle, running over the landscaped center median, and crashing into a tree on the passenger’s side of the car. The car spun around the tree and came to rest against the tree on the median.

Hale was knocked unconscious in the crash and was transported to Mission Hospital, where he was treated for brain trauma and a fractured arm. Approximately an hour and a half after the crash, the defendant had a blood alcohol level of .16 percent.