Is it El Centro’s fault that there is no social justice lens in the new Santa Ana Arts Master Plan? 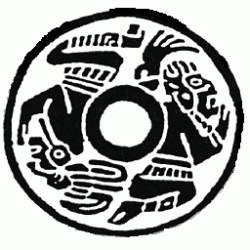 Despite having seats on the arts and culture master planning committee table and being represented as stakeholders in planning focus groups where they influenced the plan in meetings, group members have claimed — after the plan was passed on Tuesday August 16th — that the plan has “no social justice lens” as quoted in a recent OC Weekly article Santa Ana City Council Approves 10-Year Arts and Culture Master Plan.

El Centro an arts and culture center are also a social justice organization within Santa Ana. The group has been given trust by the community to ensure social justice is part of the arts in Santa Ana. The groups failure to put forth a vision for the Plan begs important questions that we, as a community, should be asking: What were El Centro and the Community Artists Coalition recommending in the Master Planning process? How many meetings did they attend, and what ideas did they put forth? Were El Centro, The Community Artist’s Coalition aware that they would not achieve the results they wanted, and if so, shouldn’t they have appointed representatives who could successfully advocate for “social justice” and ” low-wage workers”?

The OC Weekly article also raises El Centro’s conflicting interests in the world of arts and gentrification: that despite being an arts organization, El Centro representatives often argue that arts causes gentrification. Similarly, in the OC Weekly article, The Community Artists Coalition representative and Arts Master Planning member, a resident of Huntington Beach, Alicia Rojas, challenged that the Master Plan as “creat(ing) a creative class in preference to low-wage workers and residents.” After seeing this, we’re forced to ask: What would a successful Arts Master Plan look like to El Centro and The Community Artist’s Coalition? 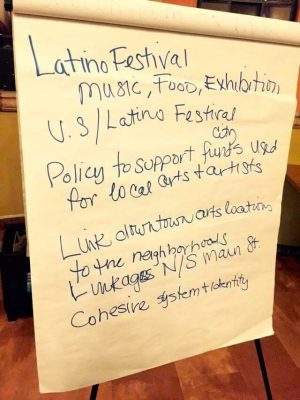 It is more important now than ever before, when the arts community sits on the cusp of a new era of collaboration and hard work, with the Public Schools opening to investing in the Arts with 4 new conservatories to educate the population in Arts Literacy, that we call on organizations like El Centro Cultural de Mexico and The Community Artist Coalition to actively sit at the table, too fulfill the mission that they have been entrusted with by our local youth, workers and families in Santa Ana.

This requires that El Cento Cultural and Community Artists Coalition, rather than continually complaining, begin to faithfully, work with the arts community and all in the community to empower local community members in the arts. It is time to participate fully and transparently in group discussion, and take accountability for their responsibilities as arts and advocacy organizations.

In the end, while El Centro and The Community Artist Coalition continues protesting — it is protesting itself. The group has had equal authority and control over a critical community Arts Master Plan, and has many other opportunities to continue to participate in community leadership. El Centro continually demands access to a table it already sits at — this is problematic at best and destructive at worst.

It is time to call out El Centro’s protest rhetoric as a childish denial of its responsibility to be the representing organization upholding the public interest for social justice. El Centro has full authority and trust to participate in community meetings that happen nearly every day in Santa Ana. El Centro produces some of Santa Ana’s most vibrant arts events each April and October and no one in Santa Ana is standing its way. It’s time the protest rhetoric and the leaders of this organization to grow up and in your claims to stand for social justice, stand up and take on your rightful role in influencing policy, programming, events, funding mechanisms, and all the details required in community visioning and vitality.

Needless to say, if it is El Centro’s belief that a social justice lens is not in the newly passed Arts Master Plan, it is because El Centro failed to bring it!