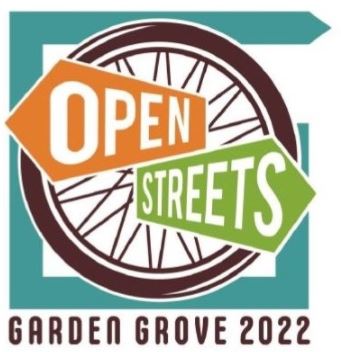 On Saturday, April 2, 2022, a number of Garden Grove streets will be closed to motorists to make way for this year’s Re:Imagine Garden Grove Open Streets event. The 2.2-mile, car-free route spans from Brookhurst Street to Nelson Street on the Medal of Honor Bike and Pedestrian Trail, and from Nelson Street to 8th Street on Acacia Parkway. A number of activities and programming are being planned along the route for the free event.

For the safety of event-goers, the Garden Grove Police Department’s Traffic Unit will close the following streets on Saturday, April 2, 2022, from 7:00 a.m. to 8:30 p.m.:

The Open Streets event takes place from 2:00 p.m. to 6:00 p.m. with an after party at Historic Main Street, Garden Grove Festival Amphitheater, and SteelCraft Garden Grove. The event is part of the City’s continuing efforts to highlight Garden Grove’s Downtown, while promoting the Re:Imagine Garden Grove mission of bringing more art to the community, create more walkable areas of the city, and encourage people to live a healthier, more connected life.