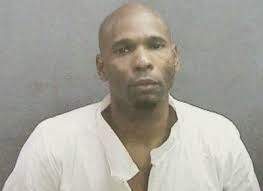 SANTA ANA – A man was convicted today of the double-murder of a Stanton sales associate and his longtime secretary. Hilbert Pineil Thomas, 42, Garden Grove, was found guilty by a jury of two felony counts of special circumstances murder for multiple murders, murder during the commission of robbery, and murder during the commission of burglary. He was also found guilty of one felony count each of second degree robbery, second degree commercial burglary, and the unlawful taking of a vehicle.

As the District Attorney is seeking the death penalty in this case, the trial will now move to the second phase, the penalty phase. In the penalty phase, the same jury who found the defendant guilty of the crimes will consider the aggravating and mitigating circumstances of the evidence to determine the defendant’s penalty, death or life without the possibility of parole. Opening statements in the penalty phase are expected to begin, Feb. 18, 2014, at 9:00 a.m. in Department C-40, Central Justice Center, Santa Ana.

On the morning of Feb. 2, 2009, Thomas walked past Golden Sun Homes business office on Beach Boulevard in Stanton while taking his niece to school. He lived approximately 500 feet from the business. The defendant decided to murder the employees inside in order to steal a car belonging to a secretary for the business.

After dropping off his niece, Thomas entered Golden Sun Homes and shot and murdered Matthew Francis Scott, a sales associate and son of the business co-owner, and long-time secretary Elizabeth Ann Palmer. Both victims were shot execution-style in the head. Thomas then stole Palmer’s Lexus sedan and fled the scene.

On Oct. 26, 2009, Thomas turned over a firearm to the Los Angeles Sheriff’s Department (LASD) to comply with the protective order.

On Oct. 28, 2009, OCSD determined that Thomas had been in possession of the stolen vehicle and began investigating him for the murders of Scott and Palmer. An investigation into Thomas’ background showed that he had recently been contacted by LASD. Thomas had turned over the firearm used in the Orange County murders to LASD.