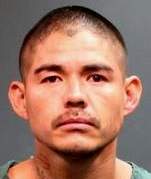 Jose De Jesus Gomez-Ochoa already had prior felony convictions for drug dealing and possession of a firearm by a felon when he pulled out his gun and shot at Vladimir Silva, a rival gang member, but he missed and instead killed Eliu Armando Gramajo, the owner and operator of a food truck that turned out to be in the wrong place at the wrong time.

Gomez-Ochoa will now get to spend quite a few more years in state prison after an O.C. Superior Court jury convicted him after deliberating for less than three hours. He was found guilty of first-degree, gang-related murder for killing Gramajo, back in 2016.

Gramajo was working at his food truck on the day of the shooting at the 1700 block of Evergreen Street. Gramajo was 52-years-old at the time and had three children. He was popular in the neighborhood but an examination of his food truck would show that there were bullet holes in it from earlier gang shootings. Unfortunately he did business in an area with two street gangs at perpetual war with each other.

Silva was apparently picking up some food at Gramajo’s food truck when Gomez-Ochoa opened fire. Area residents reported hearing four or five gunshots just after 7 p.m. They also saw a man with a gun running through an alley followed by a pickup truck that sped out of the area.

The issue the jury had to contend with during the trial was the allegation by Ochoa’s defense attorney, Marin G. Stapleton Jr., that the shots were not fired by Gomez-Ochoa but rather by a member of the other gang.

The jury was told by the OCDA prosecutor, Janine Madera, that Ochoa opened fire at Silva from at least 190 feet away. Silva was standing by the food truck at the time. However two of the bullets entered the food truck and hit Gramajo in the upper back.

A nearby security camera at a laundromat captured Gomez-Ochoa parking his pickup truck in an alley and walking with what looked like a gun in his hand out of the alley while a second man stayed behind in the truck. Moments later Ochoa is seen running back to the truck as they drove off quickly.

Gomez-Ochoa reportedly told his mother after the arrest, in calls that were recorded, that he had killed Gramajo but that he was innocent. He admitted that “They have video, they have everything.”

Ochoa’s defense attorney resorted to contending that portions of the recorded calls, which were in Spanish, were poorly translated and he claimed that Ochoa actually said he “didn’t kill him.”

Ochoa’s attorney continued to contend during his closing arguments that the OCDA was targeting the wrong guy. He even said that Silva had admitted to the police when he was interrogated that it was a member of his own gang who shot the bullets that killed Gramajo.

The jury didn’t buy it. Now Gomez-Ochoa has to return to court to be sentenced on July 15. He may end up in prison for life without the possibility of parole. No more food truck tacos for him…