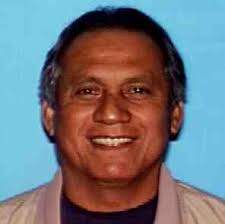 FULLERTON – A pastor is scheduled to face trial today for sexual battery of an 18-year-old female church member. Joseph Angel Olvera, 55, Fullerton, is charged with two misdemeanor counts each of sexual battery and battery. If convicted, he faces a maximum sentence of two years in jail, $4,000 in fines, and mandatory lifetime sex offender registration. Opening statements are expected to begin this afternoon at 1:30 p.m. in Department N-11, North Justice Center, Fullerton.

At approximately 9:00 a.m. on Aug. 22, 2012, Olvera was working as a pastor at Lifeline Ministries in Fullerton which offers services to at-risk youth and other members of the community in need. The defendant is accused of approaching the bed of 18-year-old Jane Doe, who was living in the church, and waking her up under the pretense of getting ready for work.

If convicted, Olvera’s lifetime sex offender registration would bar him from entering County recreational areas and City parks which have passed the Sex Offender Ordinance. Visit www.orangecountyda.com to read the prior press releases on the County’s Sex Offender Ordinance as well as the 14 other cities that have enacted the Child Safety Zone Ordinance.