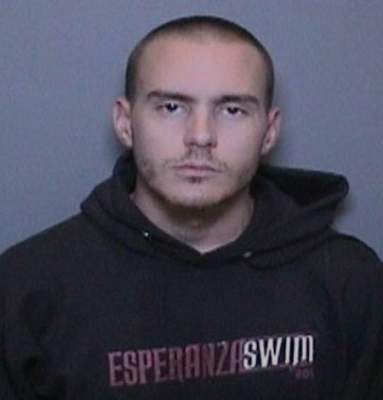 SANTA ANA, Calif. – A 28-year-old man was sentenced to 15 years to life today for hitting and killing an off-duty Costa Mesa fire captain who was riding his bicycle on a sidewalk in November 2018. The driver was under the influence of narcotics at the time.

On November 3, 2018, at approximately 8:00 a.m., Scarpa was driving eastbound on Alicia Parkway in Mission Viejo when he drove off the road near Alicia Parkway and Via Burgos. He crossed over the bike lane and onto the sidewalk where he struck Kreza who was riding his bicycle.

Scarpa had been driving home from a party in Westminster, at which he’d taken unprescribed “downers” lorazepam and benzodiazepines and reportedly hadn’t slept for two days.

Kreza, who spent 18 years as a firefighter with the Costa Mesa Fire Department, was taken to a local hospital where he died two days after being hit. Scarpa admitted to driving after having spent the prior three days ingesting controlled substances.

As a student at Esperanza High School in Anaheim, Scarpa participated in the “Every 15 Minutes” program hosted by the Brea Police Department and the Anaheim Fire Department to warn students about the dangers of driving under the influence. As part of the program, Scarpa was selected to be one of the students “killed” by an impaired driver. He was removed from the classroom, his obituary was read to his fellow students, and he was taken to an off-site location with the other students “killed” by impaired drivers to hear testimonials from people whose lives had been impacted by driving under the influence collisions. The District Attorney’s Office used that program experience to prove that Scarpa understood the dangers of driving under the influence and its potentially deadly consequences.

Kreza’s wife, his three daughters, and his sister gave victim impact statements in court today, describing how their lives have been devastated by his death, including his youngest daughter talked about having to take a teddy bear to school to comfort her until she got better, but that she never got better.

“Mike Kreza’s wife and his three young daughters have to live every day with the pain of his loss, and the pain they bravely expressed during their victim impact statements should haunt the defendant forever,” said Orange County District Attorney Todd Spitzer. “Nothing will bring Mike back, but I can only hope that his story – and the pain his family has to live with every day – prevents someone from making the same deadly decision to get behind the wheel while drunk or high on drugs.”

On Monday, Aug. 26, 2019, the California State Senate approved Resolution SCR 21 to name a portion of the 55 Freeway after Costa Mesa Fire & Rescue Captain Mike Kreza, who was fatally struck by a vehicle while riding his bike off duty in November of 2018.

The freeway will be named the Costa Mesa Fire Captain Michael Kreza Memorial Highway from 19th Street in Costa Mesa to MacArthur Boulevard.