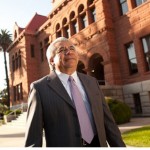 3 thoughts on “Desperate Amezcua falsely claims Clinton campaigning for him”