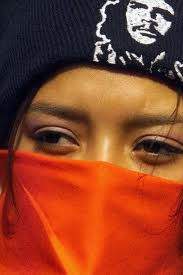 Here are a few excerpts from Sarmiento’s delusional missive.  Note that she is essentially trying to pin the problems in our city, which stem from poverty, on Walters – this dear readers is class warfare, right from the writings of Karl Marx:

Seriously?  How is any of that the fault of Walters?  Sarmiento is even blaming him for education issues that don’t even pertain to our city administration!  And she blames Walters because some of our residents are overweight.  Did he put food in their mouths?  Or tell them what to cook?  Unbelievable.

One of our city’s business owners, who also resides in our city, Mike Tardif, responded to Sarmiento’s diatribe on the Santa Ana Citizen’s Yahoogroup.  Here is what Tardif had to say (and I agree with him totally):

The most recent national search for a City Manager failed due to the dire financial circumstances of the City at that time. Former City Manager and coward Dave Ream fled the scene of an impending financial disaster for which he and the entire council at the time share blame.

Even more hilariously, Sarmiento trumpets the lame Sunshine Ordinance – even though the Council’s “Gang of Five” have not been responding to phone calls, have been ignoring the media and have been trying to scurry in the shadows.  These guys are not into transparency at all – only when it benefits them.

The working families of this city don’t share Sarmiento’s East L.A. views, I can assure you.  And you will see quite a turnout at tonight’s Council meeting – by folks who do not want to see Walters fired.  This Council and their few supporters are out of control!

And make no mistake about it.  This is all about getting Walters out of the way so the “Gang of Five” can install a patsy City Manager who will roll over and give the cops’ union a huge pay raise our city and our taxpayers can ill afford.

7 thoughts on “Delusional liberal blames Walters for poverty and obesity”