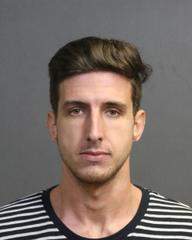 Advisory: Man who was out on bail arrested for possession of dangerous drugs for sale

COSTA MESA, Calif. – The Costa Mesa Police Department (CMPD) yesterday arrested Miller, who was out on bail, for felony possession of dangerous drugs with intent to sell.

At approximately 5:15 p.m., on Sept. 27, 2017, CMPD detectives served a search warrant at Miller’s home in the 400 block of Fair Drive. The search warrant is part of an ongoing narcotics investigation. Miller was detained outside his home and was found to be in possession of approximately three grams of fentanyl-based heroin, commonly referred to as “China White,” and about $1,000 in cash.

After searching the residence, detectives located an additional two ounces of the fentanyl-based heroin, as well as approximately two ounces of methamphetamine, $8,000 in cash, Xanax pills, plastic baggies, a digital scale, and other drug paraphernalia. Miller was subsequently placed under arrest.

At the time of his arrest, Miller had been out on bail for an illegal narcotics sales arrest in August 2017. He is currently in custody at the Orange County Jail.

“This is the first known arrest for possession of fentanyl-based heroin for sale within the City of Costa Mesa. Fentanyl is an extremely dangerous drug and is the most powerful synthetic opioid available. It is so powerful that mere inhalation or contact with the skin can cause a drug overdose resulting in death,” said Chief Rob Sharpnack.