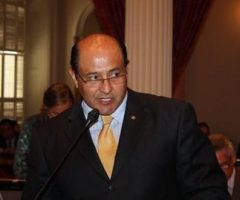 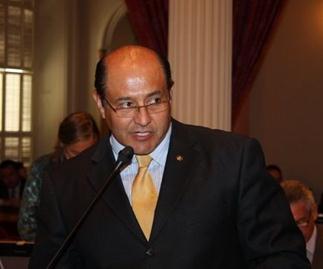 SACRAMENTO, CA – Senator Lou Correa, Chair of the Senate Committee on Elections and Constitutional Amendments, announced today he is authoring legislation to prohibit state officeholders and their families from accepting lavish gifts like vacations, pro sports tickets, and golf outings from lobbyists and their clients.

The measure, Senate Bill 50 (SB 50), would specifically prohibit elected state officers and members of their immediate families from accepting all of the following gifts from lobbyists, lobbying firms, and lobbyist employers:

Correa’s bill, jointly authored by Republican Senator Sam Blakeslee, will be heard in the Assembly Committee on Elections and Redistricting on July 5, 2011. SB 50 builds upon prior concepts explored by Senator Blakeslee in previous legislation.