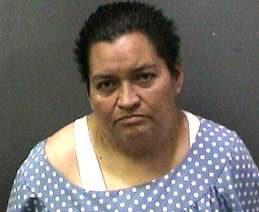 SANTA ANA – A babysitter was resentenced today to 16 years in state prison for repeatedly molesting a girl under the age of 10. Leticia Garcia, 44, Tustin, was found guilty by a jury on Feb. 18, 2015, of one felony count continued sexual abuse of a child. Garcia was previously convicted by a jury Nov. 16, 2012, of the same charge and sentenced to 16 years in state prison on Jan. 25, 2013. On Sept. 20, 2014, the Court of Appeal vacated Garcia’s sentence and overturned her conviction.

At the time of the crime the defendant was working as a babysitter for Jane Doe’s family. The defendant violated her position of trust as a caretaker of the child.

On numerous occasions between Jan. 1, 1991, and March 2, 1995, Garcia molested Jane Doe while she was in charge of caring for the victim.

On or about March 2, 1995, the victim’s mother walked into Jane Doe’s bedroom and saw the defendant sexually abusing the victim. The defendant then fled the scene. Jane Doe’s mother then contacted the Santa Ana Police Department, who investigated this case.

The case was originally filed by the Orange County District Attorney’s Office in 1995, but the defendant remained a fugitive until she was arrested in August 2011.

At the sentencing today Jane Doe, her mother, and two sisters delivered emotional impact statements to the court. Jane Doe said in part, “it was not easy to continue my life after what she did to me. But, I chose to be a better person, to not become a child molester myself or an addict or alcoholic. Instead, I’m a good person who cares for people.”