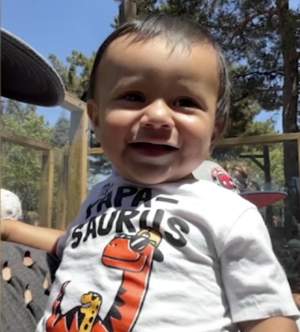 The SAPD reached out to help a family in mourning after their toddler, Isaias Pacheco Jimenez, died in a tragic accident just before his first birthday.

Jimenez died on Sep. 4 when he fell through a bedroom window as he pushed on the screen, on the third story at his home.

According to the victim’s parents, the windows were reportedly replaced this summer when they refurbished their home.

Jimenez left behind his grieving parents and three siblings.

The toddler’s father, Richard Pacheco, was asleep after working at two jobs. The toddler was sitting on the bed, next to the bedroom window. His mother, Angelica Jimenez, got up to go to the bathroom. Then the toddler got up and pushed on the window screen, which tragically gave way.

The SAPD investigators determined that the toddler’s death was an accident.

The SAPD was able to donate more than $ 1,100 to the family on Wednesday to help them during this difficult time.

The family said the money would go with the children to Dia de los Muertos, or the altar dedicated to Isayas for the Day of the Dead. The annual Mexican tradition aims to be reminiscent of a loved one who died on a colorful altar. It is usually celebrated from November 1st to 2nd, according to ABC News.