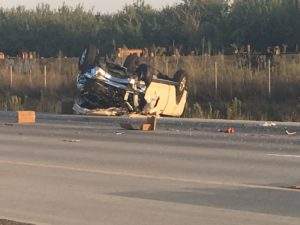 A 2016 Hyundai collided with a 1997 Ford F150 truck, which Barraza-Soto was driving, at around 2:20 a.m. at Alton Parkway and Towne Center Drive, according to the O.C. Register. Video of the crash scene is available here.

The driver of the Hyundai, who was traveling alone, and a passenger in Barraza-Soto’s truck were taken to a local hospital with minor injuries.

Authorities suspect alcohol was a factor, but have not released details on who was impaired in the accident or if any arrests have been made. The Orange County Sheriff’s Department is heading up the investigation into the accident, according to the Seegmiller Law Firm.

Barraza-Soto is going to be buried at Fairhaven Memorial Park Mortuary, in Santa Ana. Here are the details of his funeral services: